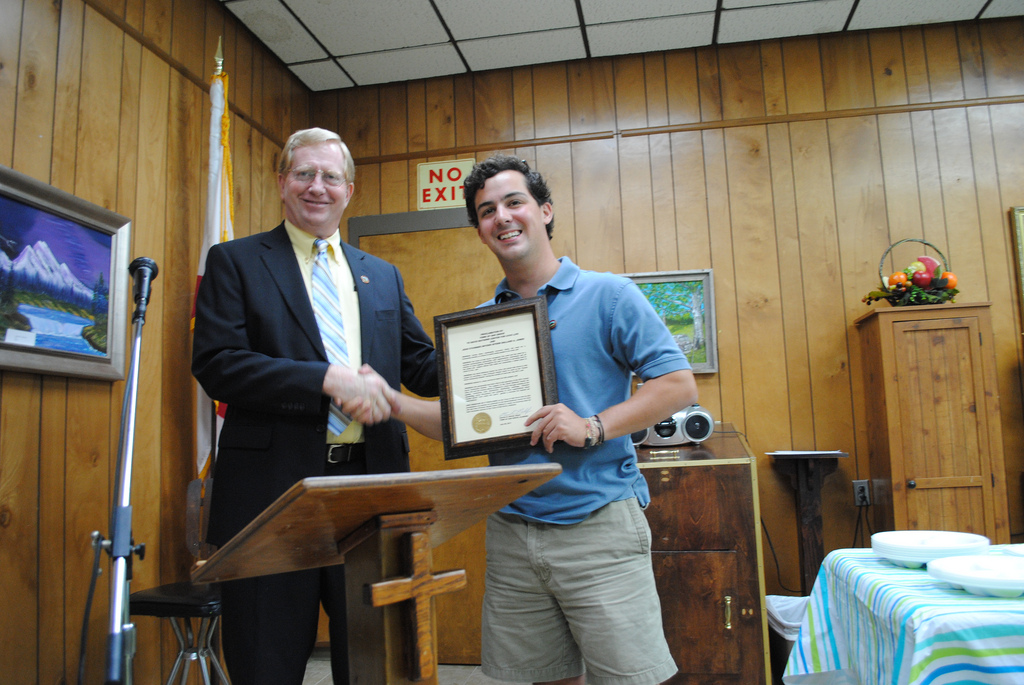 Auburn alum and former Jean O’Connor-Snyder intern Ballard Jones discusses farm work in a small town, his beloved Birmingham, and the importance of mentorship in the Magic City.

In the summer of 2011, Auburn University student Ballard Jones moved from his bustling east Alabama college town to the city of Sylacauga, Alabama. Sylacauga is nestled beside the Talladega National Forest, halfway between Ballard’s home, Birmingham, and his home away from home, Auburn. Boasting natural attractions such as Lake Howard and nearby Desoto Caverns, as well as the famous Blue Bell Creamery, Sylacauga offered plenty of potential projects for the Jean O’Connor-Snyder intern.

Jones, who acted as the volunteer coordinator for Comet Grove Community Garden, said that the David Mathews Center for Civic Life’s internship appealed to him from the start.

“I was interested in the fact that I was going to be living in a barn by myself,” Jones laughed. Good humor aside, Jones recognized the Jean O’Connor-Snyder Internship Program (JOIP) as a stepping-stone towards a future career.

“I was a history major and I was really hard-headed about it,” Jones explained. “My dad wanted me to be an engineer but I was really bad at math.”

“I knew I would need something to do [with my history major], “ Jones said. “The internship was a nice way to get my foot in the door with nonprofits. If I had anyone who wanted to do something like that I would tell them to take [the internship] in a heartbeat.

Regarding the internship experience, Jones explained, “I was tasked with organizing meetings every other week and recruiting volunteers.” However, like many JOIP interns, Jones’s internship involved many hands-on projects. “A lot of it was farm work,” Jones stated.

Since completing his degree, Jones’s career in the nonprofit sector has flourished. Formerly a College 101 staffer with Birmingham Education Foundation, Jones now serves as Development Coordinator for Growing Kings, a Birmingham nonprofit that offers mentoring services to at-risk young men in the city’s schools.

Jones spoke warmly of his work and the opportunities it provides to interact with mentees, such as a recent hike. “To see kids go on a hike for the first time in their life was really, really cool,” Jones reflected. “We get to share experiences with a lot of kids.”

In addition to the meaningful work with young people, Jones also explained how working for a local nonprofit has provided him with a more nuanced understanding of his city.

“It’s completely enhanced [my understanding of Birmingham],” Jones said. “Before I worked here I worked for the Birmingham Education Foundation, where I was in charge of the college outreach program and I was in all seven high schools.”