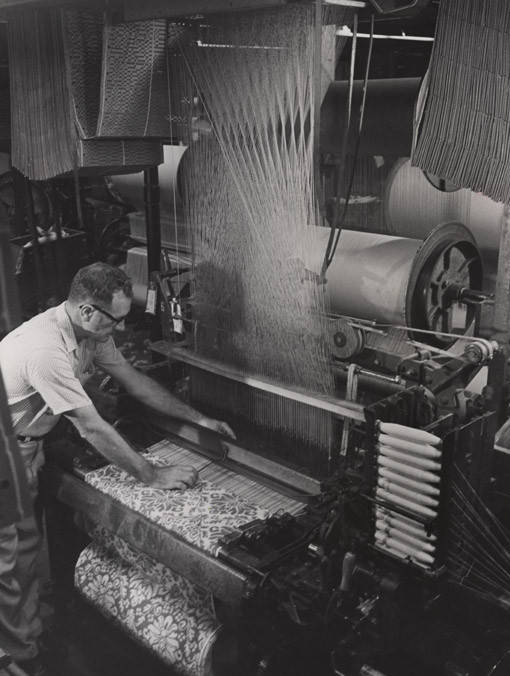 From Chambers County comes a story of community resilience and local innovation in response to global economic forces.

The DMC’s most ambitious forum series to date, entitled “What’s Next, Alabama?” (WNAL) will stretch over three years, well into 2019, coinciding with the state’s bicentennial. Rather than one forum per community, WNAL provides an opportunity for each community to meet at least three times. Each forum is guided by a question – Where are we now? Where do we want to go? How do we get there? prompting participants to craft a vision for their community by looking back, examining the present, and thinking ahead.

This March, a group in Chambers County convened three WNAL forums with the DMC. At the first forum in Valley, 20 residents reflected on what has made resilience such a part of their collective identity. In the conversations that followed, they drew on this history of resilience as they deliberated on the future of Chambers County.

“When the mills closed, it was like a deep cut to the community.”

Chambers County once had the highest employee rate in the state, they told us. Today its textile mills stand mostly empty, and the communities that grew up around them are still reeling from the change. With the declining textile industry went others – summer jobs, truck drivers, and small local businesses like gas stations and restaurants. Forum participants spoke of struggling to find other work, and sometimes having to return to school.

“It was like we lost our identity when the mills went away.”

The group connected these events directly to broader economic trends, citing globalization as one of the reasons for the change in industry. However, despite Chambers County still existing in two different time zones – a relic from its mill days – Valley and its neighboring communities are far from ghost towns. In the second and third forums, participants expressed great concern about the effects of generational poverty on young people entering the workforce. But at the same time, they spoke with pride about how local individuals and organizations work to address this issue.

Southern Union State Community College is one example. In the words of faculty and others, it has stayed true to its founders’ goal of providing education to rural students. The SUSCC Valley campus is particularly dedicated to providing education to residents whose options are limited by transportation constraints. Other assets included the sportsplex and the family service center. The local medical center also is opening a drug rehabilitation facility and working on strategies to attract physicians to the area.

“We need more white collar jobs, so all of our graduating kids could stay here instead of leaving.”

Participants expressed a desire for a more well-rounded community revitalization, saying Chambers County has “lost its middle class” due to the economic downturn. While the region needed its new industry, forum participants expressed that not all jobs are created equal. And, as in many rural areas, the group described limited transportation in Chambers County as a significant barrier when it comes to getting and keeping a job. Besides resilience, then, another emerging theme from these forums is mobility  – in both physical and socioeconomic terms.

So what’s next for Chambers County? As the three forums concluded, residents focused on utilizing what sets their community apart. Many said they would like more recreation and retail options within the local tax base. And, after identifying the area’s rural beauty and natural resources as a valuable asset – not only to their past, but also their future identity –  the group came up with several ideas to develop ecotourism opportunities. They also suggested using a neighborhood beautification project to develop potential mentoring opportunities.

Finally, reflecting on the region’s historical identity provided the impetus for an immediate action idea. “We’ve got a lot of little places divided up in our minds from past history – we’re very community oriented, but that individual segregation has remained even after broader changes,” observed a participant in the third forum. This concern over “silo-ed mindsets,” leftover from different local mills being in competition with one another, led to an inter-community effort addressing local creek bed erosion.

“Maybe our goal shouldn’t be to become ‘another Lee County,’ but who we are. What is Chambers County?”

Looking ahead, Chambers County forum participants have committed to continue meeting in order to answer this question together. We look forward to what follows, and we continue to be heartened as local Alabamians find leaderfulness within themselves and each other. Many thanks to the forum participants, for welcoming the DMC to Chambers County. We are particularly grateful to our two conveners: Ken McMillan of the Chambers County Cooperative Extension office, and Robin Brown of Southern Union State Community College.