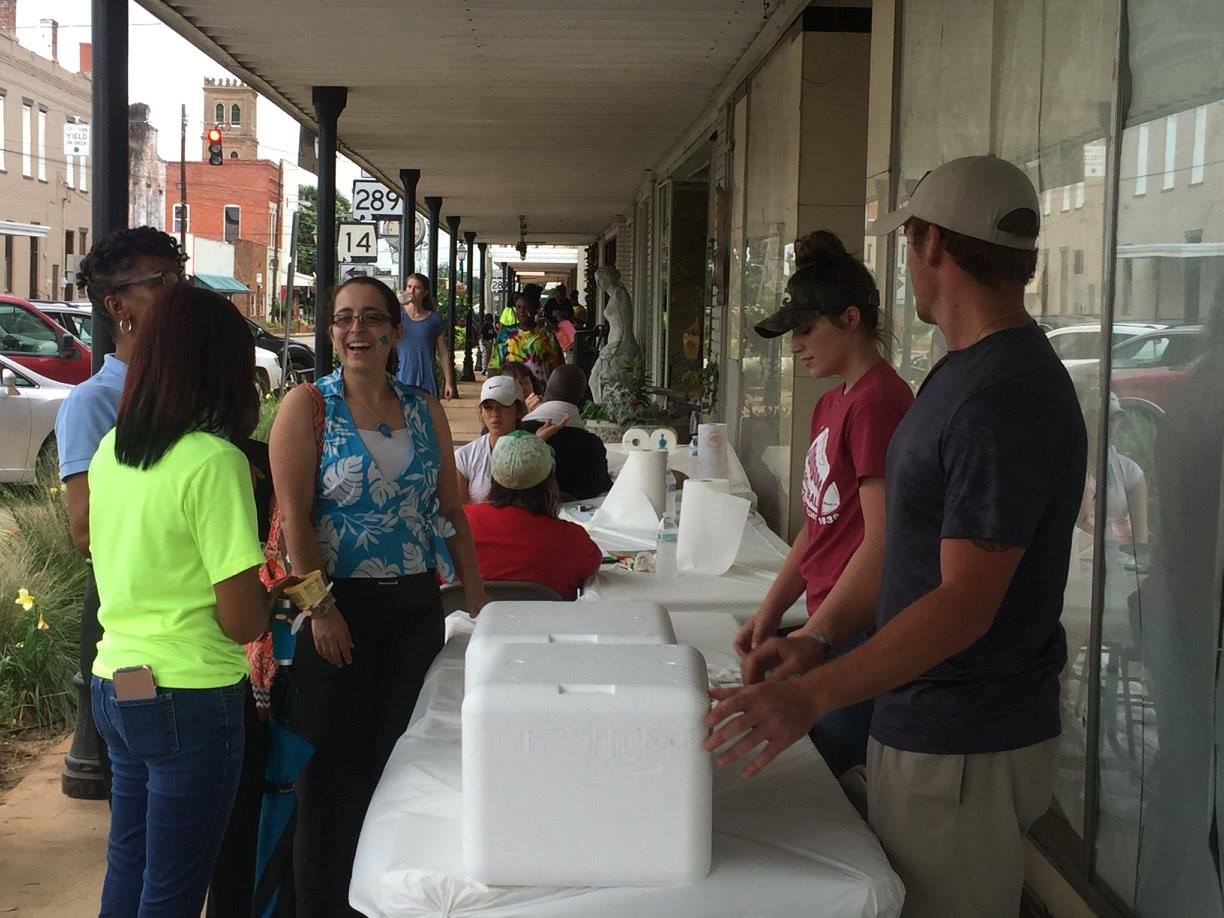 JOIP intern Shana Oshinskie reflects on her home for the summer, Marion, its new status as a Main Street Alabama community, and what that means for the future of its citizens. Part of a series of thought pieces from our interns embedded in communities across Alabama.

On June 1, the efforts of countless citizens came to fruition when Marion was declared the 21st designated Main Street Alabama community, joining cities and towns from all across the state.

Mayor Dexter Hinton said of the announcement, “Main Street Alabama is the first step for us in getting jobs and revitalizing our community.”

Main Street America is a national nonprofit dedicated to the advancement of local downtowns all across the country. Several state-specific chapters, such as Main Street Alabama, operate under their umbrella and work directly with communities to support the mission of “Creating Jobs. Keeping Character.”

“Through Main Street Marion, our community has the opportunity to reach its highest potential and create the positive change so many of us know is possible.”

In order to understand the excitement in Marion, one must understand the commitment Main Street Alabama displays to its other communities. After designation, each community sets up their own Main Street chapter run by community members to ensure sustainability. The national and statewide organizations continually assist with economic analyses, design suggestions, and public information sessions to help launch new businesses.

The Main Street model has enjoyed success in Alabama. As of June 28, it had created 389 new businesses and 1,614 new jobs statewide.

In order to be declared a Designated Main Street Community, Marion had to undergo a rigorous five-month application process. At its helm was Chris Joiner, current director of Renaissance Marion, a local nonprofit dedicated to “improving the city of Marion and developing its potential for current and future residents, with an emphasis on community engagement and economic development.”

During this application process, Joiner held two forums to gauge community support and then proceeded to collect letters of recommendation from nearly every business in downtown Marion. Joiner also gathered maps, information on industry, and downtown vitality statistics. He next coordinated a presentation where many members of the community came out to express their vision for Marion to the Main Street Alabama Board.

Joining the ranks of Main Street communities has already made a visible impact. As an immediate response to the announcement, Chris Joiner and the Main Street Team hung flower baskets all around the square to celebrate the achievement and demonstrate an eagerness to start making change.

The official launch event was held in the Smith Building Art Gallery June 20. More than 200 people came out for the event with free ice cream and popcorn as well as live music and activities for children.

Mary Helmer, coordinator of Main Street Alabama, addressed all gathered at the launch event. “Main Street is like a car with four tires,” she said. “How far and how fast you drive it is completely up to you.”

With this open-ended, collaborative approach, many hope positive change is just around the corner. “Through Main Street Marion, our community has the opportunity to reach its highest potential and create the positive change so many of us know is possible,” said Joiner on his expectations for the coming years.

Next up for Main Street Marion is a “Community Work Day” on Saturday, July 8. Joiner has put a call out for volunteers across the community to come pressure wash sidewalks, repaint parking lines, clean storefront windows, weed in the existing planters, and pick up litter.

With the official launch, citizens in Marion hope to see momentum build into an avalanche of economic and cultural revitalization. Mayor Hinton summed it up by calling Marion’s Main Street news “just amazing.”