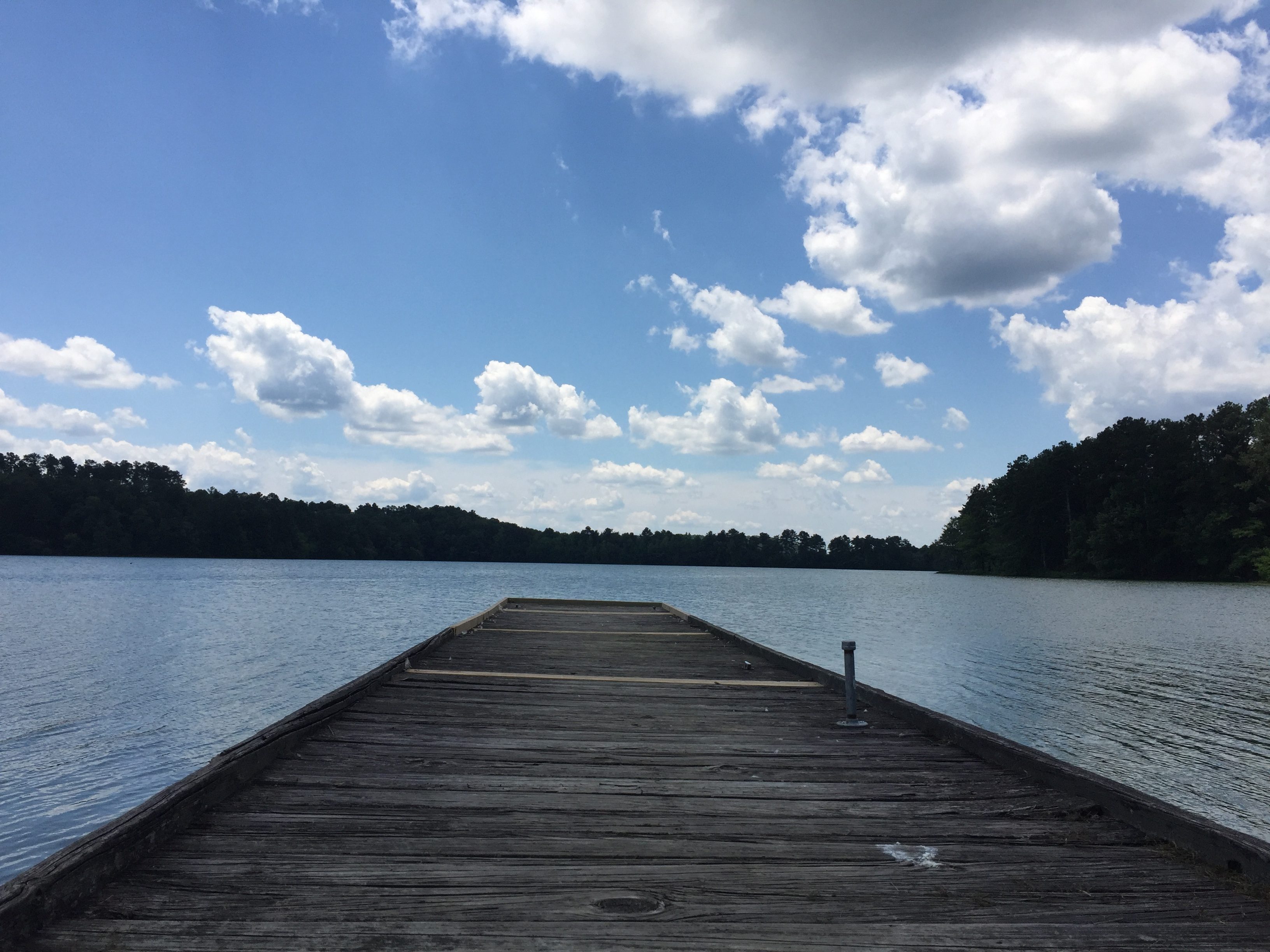 JOIP intern Jenna Minser, from the University of Alabama’s New College, reflects on her placement this summer in Jasper, AL.

Charlie Skalnik leans back in his chair on the porch of his small permit office. It is 5:30 in the morning. As the sun peeks out over the still waters of Walker County Lake, a handful of fishermen dot the shoreline.

Skalnik pointed out that folks come out early because it gets far too hot to fish during the humid afternoons of Alabama summers. Early morning anglers either lazily coast on the lake in their boats or lounge in chairs on the banks to cast their lines.

Although the fish can be unpredictable, some people come out nearly every morning to simply appreciate the sounds of gently lapping water and the idyllic views of the woods that hug the sides of the lake.

Though having only worked as the caretaker of the lake for the past four years, Skalnik has been fishing there for much longer. The Walker County native knows the ins and outs of the lake. He explained that the lake, open from sunrise to sun set, was established as a fishing spot by the state nearly 60 years ago.

The 163-acre lake was ranked the third busiest fishing lake in the state in 2014.

Since its founding, local citizens have worked to improve what the lake offers to residents from Walker County and beyond. In addition to fishing, the lake has two walking trails for visitors to wander down, one of which has a great view of an old Bald Eagle’s nest.

Located just off of Industrial Parkway at 4227 Walker County Lake Road, the lake is also part of the West Alabama Birding Trail, which makes it an ideal place to go bird watching for anything from a King Fisher to the two eagles that have taken up residence nearby.

Even more improvements are coming soon thanks to the Health Action Partnership, a joint effort between the Walker Area Community Foundation and the United Way of Central Alabama designed to improve health outcomes in the county.

One of the most successful of the partnership’s priority groups is the Livable Communities group. The group focuses on encouraging active lifestyles and improving the local environment.  The lake has been one of the key areas of interest since 2014.

Elyse Peters, health partnerships specialist of United Way of Central Alabama based in Walker County, explained, “We saw the lake as an asset, a very underutilized asset, especially when it comes to creating access for individuals to be active.”

From this, the partnership was able to receive grant money to create a master plan for the lake. The plan includes improvements like expanding the trails to wrap all the way around the lake, disc golf, and camping.

To Charlie Skalnik, the lake is more than just a nice place to visit. He sees it as a huge asset in a county that has far too often seen young people leave the area.

These improvements have already started to be implemented. Visitors can now rent kayaks at the lake thanks to the help of the Cawaco Resource, Conservation, and Development Council. Currently, five kayaks are available to rent. Visitors can also bring their own boats.

An archery park, set to open in October, is the result of a partnership between the Department of Conservation and Natural Resources and the Walker County Commission. It will be the first in the state to be handicap accessible.

“It’s just this gorgeous lake that a lot of people in the community don’t know about,” Peters said as she explained why the organization got involved. “I have people come up to me and say, ‘I haven’t been out there since I was a kid’ or ‘I have never been out there, and it’s beautiful.’”

There is no denying how picturesque the lake is as the sun bounces off the surface of the water surrounded by trees that provide cooling shade. It is easy to lose hours of time while admiring the view.

As Skalnik looked out at the horizon, he talked about how important recent improvements to the space and the lake itself are. To him, the lake is more than just a nice place to visit. He sees it as a huge asset in a county that has far too often seen young people leave the area. “The community needs something else,” Skalnik said.

He is not alone in his vision for the lake. Partnership and plans show how many others are recognizing the value of this hidden gem.