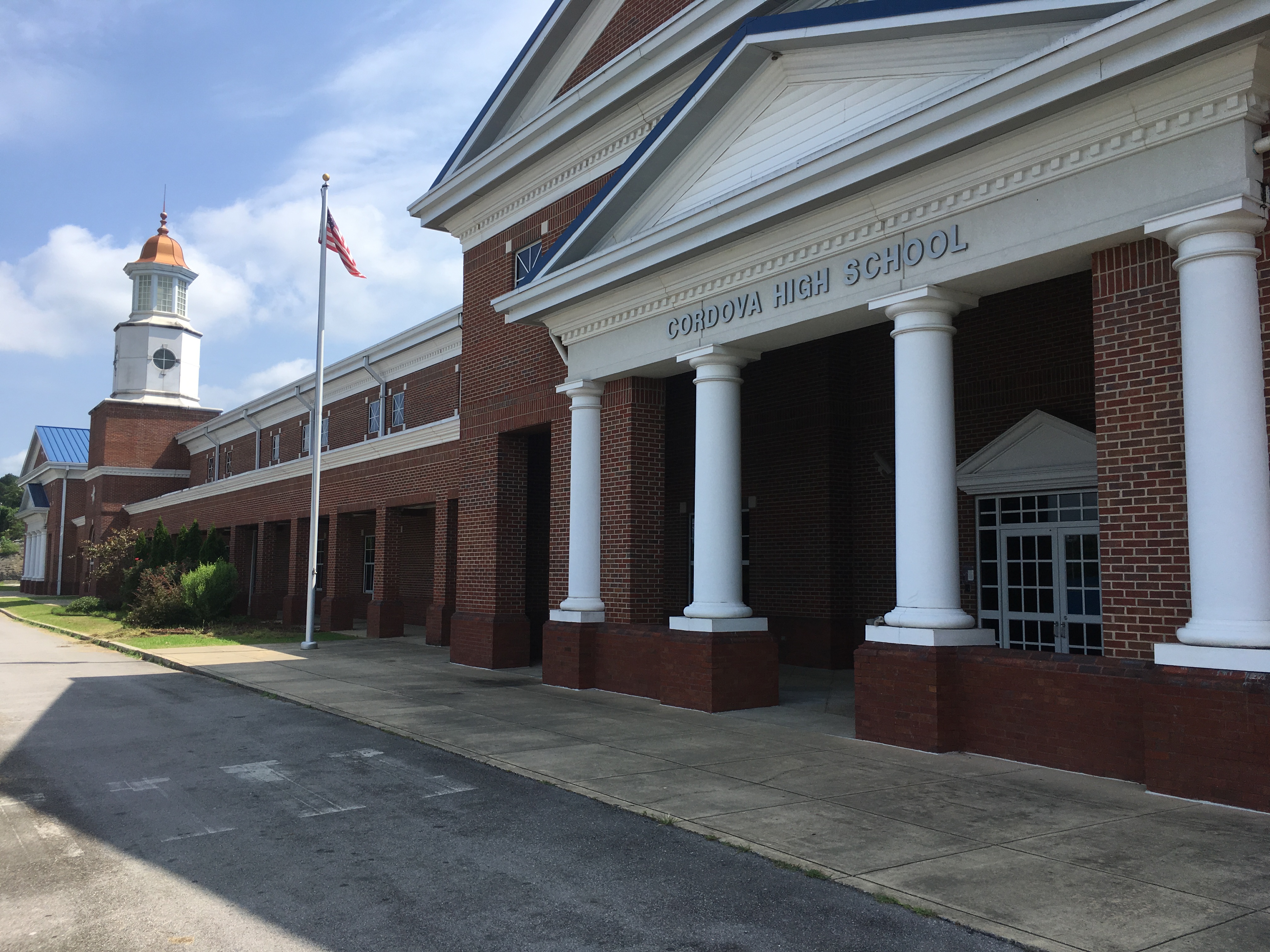 Drew Gilbert, 31, is already on his second term as mayor of Cordova. Mayor Gilbert was born in 1987 and graduated from Cordova High School in 2005. The day he graduated from the University of North Alabama in 2009, he knew he wanted to come home to run for mayor.

“Growing up I didn’t know what I was seeing, but I was seeing my hometown die… a different business was closed every year, and they were boarding up windows.”

He continued, “I was watching everyone, when they graduated high school, leave.”

However, Gilbert was not going to sit by and let Cordova die.  As a recent college graduate, he took action. After becoming a Cordova City Council member at the age of 24, he ran against the incumbent mayor a year later. He won by a wide margin, taking over 65 percent of the vote. Cordova was ready to change, and the town found someone who could help.

Since becoming mayor, Gilbert has faced many challenges. He said, “The problems facing most of rural Alabama is that we don’t have funding for basic needs.  It’s hard to provide services that people require, specifically paving roads.”

Gilbert took office in November of 2012, less than 20 months after tornados rocked the state of Alabama on April 27, 2011.  When Gilbert was elected, there was still a gate around their main street because of tornado damage. Almost every essential city building was destroyed, and people were unable to come downtown for months.

Since then, Gilbert has been diligent in rebuilding his home, starting with the core elements of the town itself. Some of the achievements Gilbert said he is proudest of include upgrading the police force, having a volunteer fire department that rivals the paid department in Jasper, and raising the overall quality of life in his town.

When Mayor Gilbert first took office, the police and fire departments were in temporary structures with inadequate equipment, but now both are one of the best in the county. One of the ways the city has been able to upgrade these services is through grants.

Since 2012, Cordova has received more than $10 million in grants to support the local grocery store, city hall, the police and fire stations, and the sewer treatment plant.

Gilbert is now working on rebranding Cordova, creating a new image for the town with a new slogan, “Cordova, building back better, greener, safer.” City officials also created a seal for the town.  While these changes may not seem significant, Mayor Gilbert said he believes they play an important role in providing people something to be proud of and can serve as stepping stones toward more community involvement.

The young mayor’s goal is to provide citizens with the best quality of life that he can through better safety, more recreation, and an overall better environment.

He said, “I am of the opinion that, if we create a solid quality of life in our community, we are close enough in proximity to

Birmingham to attract people to live with us. We have good quality schools, we have good public safety, and we are creating parks. So, if we can continue to do those things, maybe that is when the private money will want to come.”

Gilbert continued, “That’s our approach through 2020.  While I’m in office, we are controlling what we can because you will get lost in thinking about what you can’t control.”

While not everyone can be elected mayor at the age of 25, everyone can do their part to make their community better. Gilbert’s advice for young people who want to make a difference in their community, by volunteering or even running for mayor, is to just do it. “Passion doesn’t have an age, and that’s what is required.”