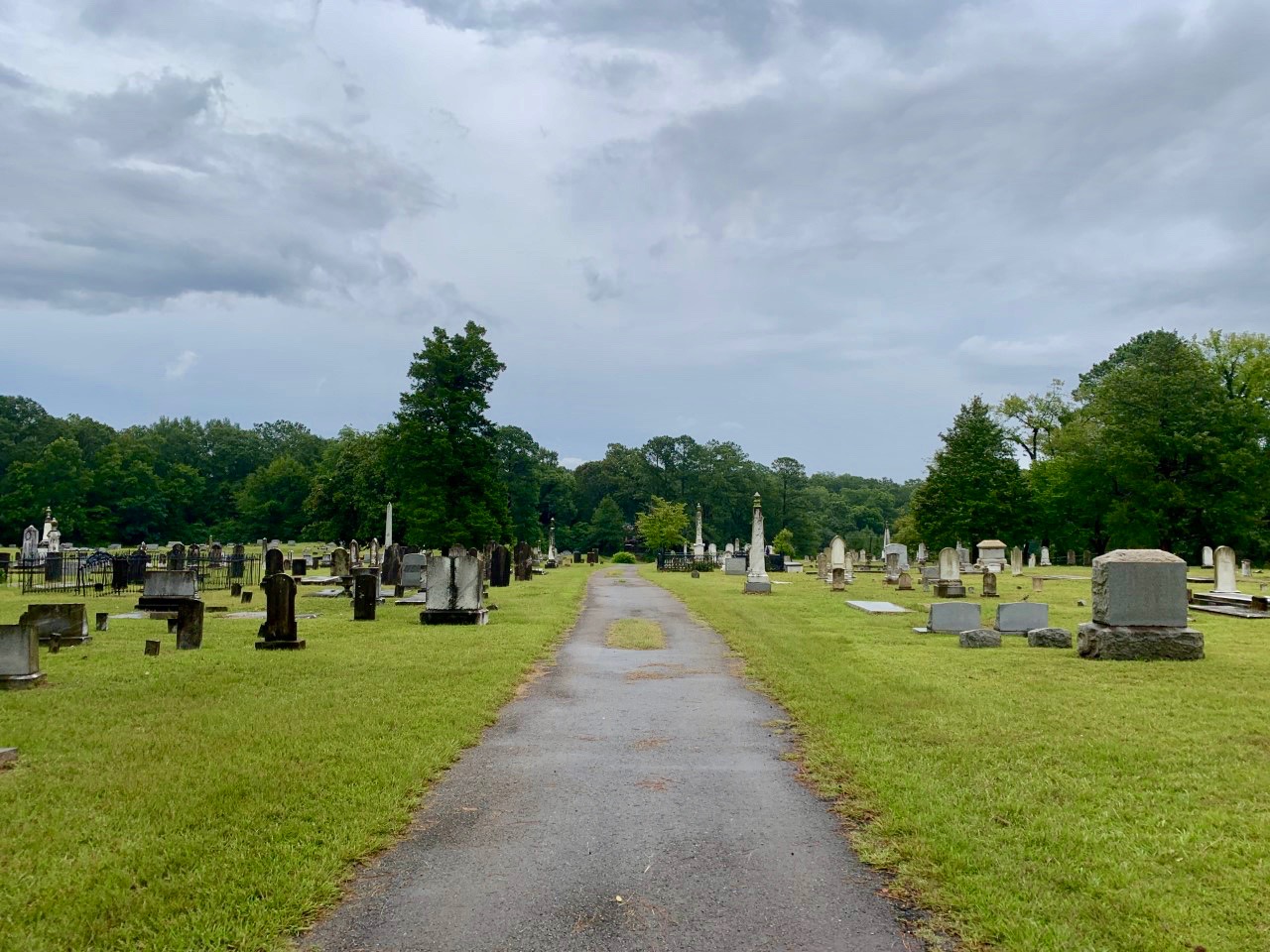 Across the street from historic Judson College, the entrance to the cemetery is what you would expect of any cemetery entrance: two brick pillars and a metal arch with “Marion Cemetery” in slanted letters.

A paved road leads into the heart of the cemetery. Headstones dot the landscape in front, and white obelisks stand out amidst the gray. The grave markers emit an undeniable sense of history, and memories flood the senses.

With historic markers, like “Confederates Rest,” it is impossible not to be immersed in the world of yesterday when walking through the Marion Cemetery. Flowers, fresh and withered, lay on a small number of graves and headstones. The green grass rolls flat across the landscape, kissing the edge of the winding paved road.

Some of the many graves in the cemetery date back to the early 19th Century.  Others are newer.

While the roots of the cemetery go as far back as the 19th Century, the cemetery was not always a source of city pride. By the 1950s, the cemetery had fallen into disrepair. Overgrown weeds and plants covered up graves and headstones, and no one seemed not to care about it. Effects of this state of disregard are apparent today as there are still graves littered about the fringes of the large cemetery, and bushes cover up some of the outermost graves.

A plaque on the gate to the cemetery reads: “Based on earliest tombstone date, this cemetery was started in 1821. Monuments were cleaned and repaired, Fence and Arch erected and plaque placed with funds solicited by the Garden Study Club, 1961-65.”

Starting in the 1950s, community members from Marion, specifically members of the Garden Study Club, began to become involved with the cemetery. Paul Anderson, a city council member at the time, went to the different clubs around the city to ask for help.

Mary Auburtin, a member of the Garden Study Club, was the one who spearheaded the work. Her teenage son inspired her to recruit other teens and local citizens to help clean the cemetery.

“There was a lot of work that took place in the 50s,” according to Inez Barnett. Barnett is the current chair of the Marion Cemetery Association, the organization that grew out of a special committee formed in the 1990s. She has been in this role since the committee’s beginning.

“The unfortunate thing about the cemetery is that most families are no longer here. Even in the 50s it was changing.” Barnett said the steadily declining population of Marion and the Perry County area affected infrastructure and important community sites like the cemetery.

According to the most recent data from the U.S. Census Bureau, Perry County has had a 13.6 percent population decline. What does this mean for the Marion Cemetery?

The committee that Mrs. Barnett was in charge of was responsible for fundraising and cleanup and work days. They raised funds to buy mowers and other needed equipment. The city agreed to pay a certain amount of money a month for mowing and asked the committee to provide the rest.

However, the committee began to stagnate. Barnett decided to reorganize the committee, started some more fundraising, and sponsored work days. Out of the group of people who worked, there was a group of men, the “Friday Faithful,” who committed to work every Friday with heavy equipment during the summer to clean up the cemetery.

“In that summer, they uncovered over 150 graves that hadn’t seen the light of day in years,” Barnett said.

The work done by volunteers over the years has led to the cemetery being a source of community pride today. The city of Marion, as of five years ago, decided to drop ownership of the cemetery, and the committee then reorganized into the Marion Cemetery Association Incorporated.

Recently, with the involvement of various groups, such as Sowing Seeds of Hope and the University of Alabama Honors College, there have been more projects to support the cemetery. One of the more recent projects helped establish a database of the graves.

What started out as an annual project in the history department at Judson College evolved into a database started by the University of Alabama Honors College. The data that Judson recorded over several years was deciphered and organized by students of UA’s Honors College into an alphabetical database. This database is available online here. They also created a map of the cemetery.

“It’s a tremendous asset for us,” Barnett said. Soon, she said she hopes to pass the torch to a new chair of the Marion Cemetery Association.

The challenges will remain. Some roads need to be repaved, dying trees need to be safely removed, and the outer edges of the cemetery needs to be tidied up.

However, none of this would have been possible if a group of concerned citizens had not gotten together all those years ago to preserve a part of their history.

Walking through the cemetery, one can see just why this space is a hub and symbol for community involvement. With white obelisks, blackened headstones and stately statues of angels, the Marion Cemetery is beautiful.

Large trees stand overhead, wrought iron fences, covered with moss and rust, hint at the enormous character and history of the town of Marion. From the Civil War to the Civil Rights Movement, there is so much to be explored. One place that chronicles it all is the Marion Cemetery, and that tale would be lost if not for the people of the community who knew that and wanted to do something about it.

Logan Goulart is a University of Alabama Honors College junior who served as a Jean O’Connor-Snyder summer 2019 intern in Marion. He is originally from Enterprise, Alabama, and is studying history and human rights. He hopes to attend law school with plans to become a human rights lawyer and historian.